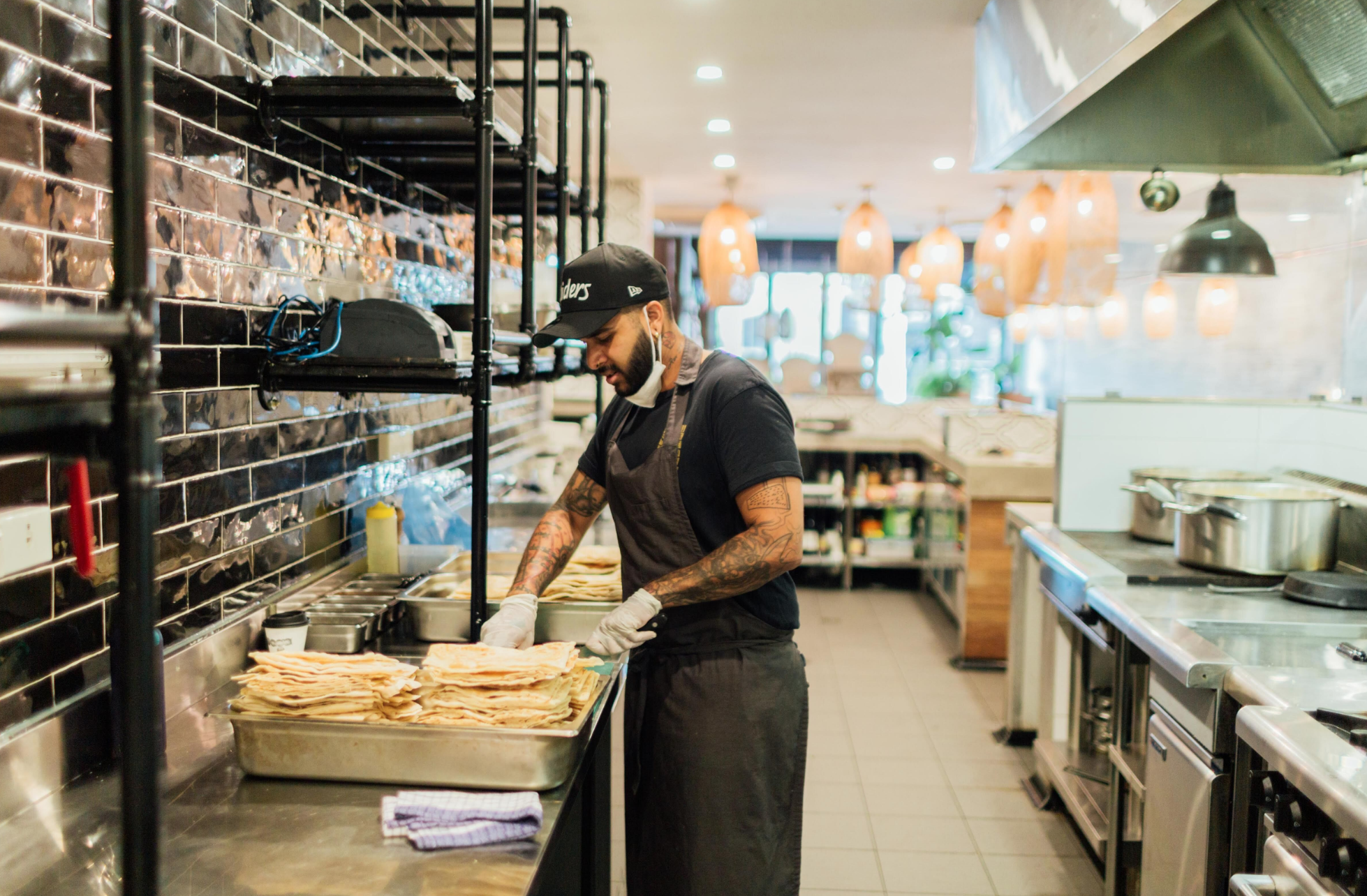 Their dining rooms have closed, but these Sydney restaurants are finding other ways to feed society’s most vulnerable

In these difficult times, these eateries are still helping those most in need through the best way they know how – through the power of a home-cooked meal.

Well before Prime Minister Scott Morrison announced restaurants around the country would be restricted to takeaway and delivery, Sydney’s Loaves and Fishes decided to close its dining room.

For 31 years the restaurant has served free breakfast and lunch seven days a week, from its premises at The Exodus Foundation church in Ashfield. But on 17 March Reverend Bill Crews and the leadership team made the pre-emptive move to ensure physical distancing and only serve takeaway meals to patrons.
It wasn’t an easy decision. “It was like sitting in the ashes of a house that’s been burnt down,” says Reverend Crews. “Then I thought: you either mourn the past, or focus on what’s needed now.”
Many of their diners have pre-existing health issues that put them in the category of people most at-risk from dying from COVID-19. “Our guests are some of the most vulnerable in the community. We get a lot of homeless people, people living in boarding houses, and many of them have chronic illnesses. We have to ensure their safety,” says Reverend Crews.
But he says diners have been understanding of the changes. “That’s what surprised me the most. There’s this perception that ‘these people’ are the most difficult, but they all agreed that it’s a good idea.”
Still, they need to eat. Serving hot, packaged meals has been part of the church’s modus operandi for years through the Foundation’s nightly food van in Woolloomooloo. Loaves and Fishes continues its free food service but in a safe, physically distant format. “We’ve been giving meals from our food vans for years. Half the meals we give out are from our vans. We’re used to this.”
It’s not the only not-for-profit kitchen to pivot its operations in the current health crisis. It took just two days for social-enterprise restaurant Colombo Social in Newtown to repurpose its cooking facilities into a production kitchen that provides free meals for those in need.
“We understand the financial issues for those who are living on the poverty line; 50 to 60 per cent of these people can’t afford to eat more than once a day,” says co-founder Shaun Christie-David. The current pandemic is a pressure-cooker environment that only exacerbates their existing physical and mental health issues. “There are people struggling and we need to remember them,” says Christie-David. “We’re not front-line health workers […] but what we can do is feed people, and play our part in the ecosystem of positive change.”
To date Colombo Social has provided 1880 packaged meals to organisations such as Mission Australia and Redfern Aboriginal Medical Service, which then deliver to those who need it most. It’s an efficient model that capitalises on the existing knowledge and client relationships within the organisations. “We said we can either set this up from scratch, or work with existing logistics and create some impact from day one,” says Christie-David.
The kitchen has so far paid for its own ingredients, supplemented with donations from produce company Perfection Fresh: iceberg lettuces for a Caesar salad one day, mushrooms for a pasta dish the next. There are elements of Sri Lankan food too, as per Colombo Social’s usual offering. “Mum’s beef curry is getting a go today,” says Christie-David. “We want to keep it varied.”
The kitchen has been supported by hospitality players including Nelly Robinson (Nel restaurant), Niroshan Richards (LP’s Quality Meats) and Jason Sherwill (Blue Salt Catering). Christie-David, business partner Peter Jones-Best and chefs Shannon Dwyer and Olivia Santiago are ironing out the kinks to ensure a sustainable food service. But they also want to upscale their production in a larger commercial kitchen, perhaps proffered by a restaurant or wedding venue that has since paused its operations. “Our goal is to push out 2000 meals a day,” says Christie-David. “Maybe 4000, I don’t know. We just want to keep on going.”
For-profit restaurant owners are doing their best to retain existing staff, and the challenge remains the same for these restaurants. Just prior to closing its dining room, Colombo Social employed five workers from asylum-seeker backgrounds; these workers are not eligible to receive payments as part of the Federal Government’s recently announced wage subsidy scheme. For the meantime, the restaurant is supporting these employees as best it can, while encouraging them to stay at home for their safety. “There are a lot of people whose livelihoods are up in the air at the moment,” says Christie-David.
Loaves and Fishes has some 2000 volunteers but these numbers are dwindling as they follow government directives to stay at home. “My challenge is keeping them together and making sure they don’t dissolve like salt in water,” says Reverend Crews. The kitchen has ramped up sanitisation measures – masks, hand sanitiser, gloves – to ensure the health and safety of its volunteers; elderly volunteers are asked to stay away.
No-one is kidding themselves. The coronavirus pandemic is putting a strain on these services, and the teams from these kitchens are doing their best to continue their good work. But their positivity in the face of adversity is remarkable. “When we’re divided and isolated, we can still come together and think of those who are going through some tough times,” says Christie-David.
Reverend Crews is more frank, though no less hopeful, about the future.”What can I say? It’s a loving place. People will understand this stuff.”
This article is from www.gourmettraveller.com.au
APR 03, 2020 1:00PM
BY YVONNE C LAM
Press No Comments
Next Post 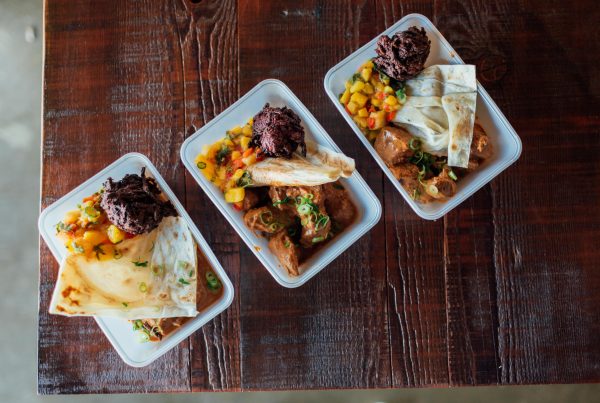 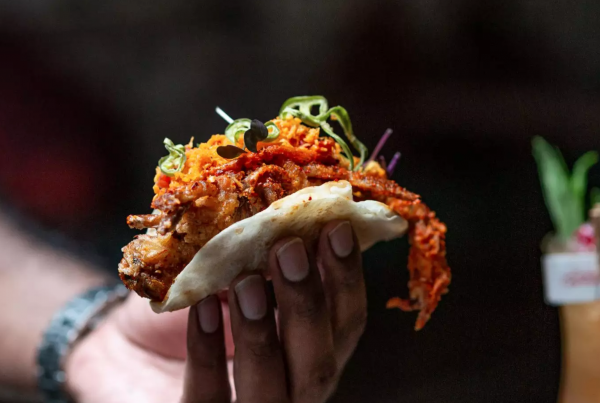 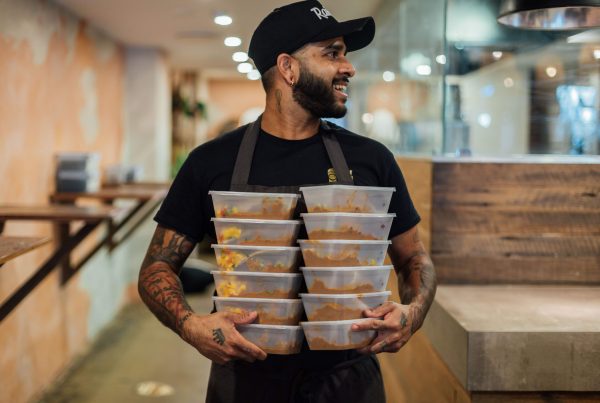